On March 9, an agreement was signed between Alterbridge and Harvard University Press, under which Alterbridge translates and publishes Professor Saskia Sassen’s book “Expulsions” in Georgian. The book was published in 2015 and has been translated into many languages around the world.

The Georgian translation is scheduled for the end of April . The book was translated by Alterbridge Associate Professor Giorgi Chanturia.

Saskia Sassen is a professor at Columbia University and the London School of Economics and is one of the most important researchers in the modern scientific world.

“Legend” – as Frederick Gerten called her.

The collaboration between Alterbridge and Saskia Sassen has been going on for a year, and as part of this collaboration, two interesting online conversations took place between Saskia Sassen, Giorgi Chanturia and Gogita Chanturia, which were accessible to students and other interested parties.

Within the framework of this cooperation, another book by Saskia Sasen is planned to be translated into Georgian in 2021

The memorandum of cooperation 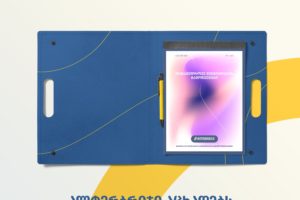 Third issue of the journal

Seth Godin and the Purple Cow in marketing 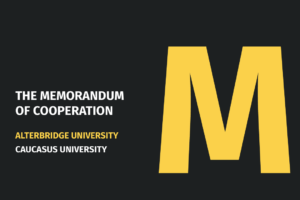 The memorandum of cooperation

Not a member yet? Register now

Are you a member? Login now